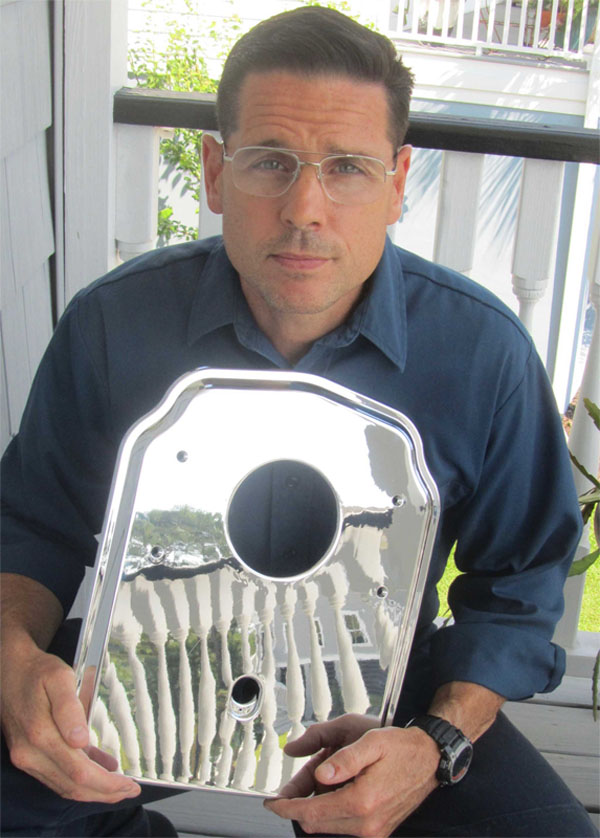 My Name is Matthew Francis.

After being a master plumber for over twenty years in two different states it became apparent to me that a better solution was needed when it came to replacing non-repairable, temperature fluctuating, usually two or three handle tub and shower valves. I began to look for a way to make tub and shower valve replacement easier, attractive, and more affordable.

Years ago, while working in a large apartment building in a Northeastern city, I was asked to replace a tub and shower valve that was low to the tub apron. It was a very rare type of valve that incorporated the hot, cold and spout. I knew that I could somehow make one of the repair plates that are on the market work but that the finished product at best would only look acceptable. I worried whether there would be enough room to make the pipe connections after opening the wall. I also knew that a person only gets one chance when doing an unforgiving type of job like this.

I wasn’t going to take any chances. I decided to have a repair plate made so that there would be no problem. After visiting my local stainless steel metal shop I was able to figure out a solution. They would make me what has become the original UPDATE PLATE. It provided a perfect solution for what I needed to do in this building. It gave me plenty of room, helped me do the job quickly and efficiently, and eliminated any cracked or waterlogged tile work around the original valve.

After doing many of these in this building and several in residential homes I realized that there could really be a need for an improved version and that it would be marketable. Actually, a good friend, who is also a plumber, gave me the idea and I decided to look into developing it.

The improved or UPDATED version looks much nicer and also allows the installer to fasten an unsecured tub and shower valve directly to it. I hope that homeowners and contractors alike find the Tub and Shower Valve UPDATE PLATE to be a cost-effective solution to the modernization of tub and shower valve systems in homes everywhere.

A note for PLUMBERS on Tub and Shower Valve Replacement:

Don’t waste your time and the customer’s money out searching for parts, that most of the time you’ll never find, to repair their existing valve. Propose to them a new system while utilizing the UPDATE PLATE.

Most standard tub and shower valves will work perfectly with it and you’ll save them money as you modernize their tub and shower system. You’ll make a buck, they’ll be thrilled, and you’ll have no headaches having to do with callbacks or trying to give them a bill for work that you couldn’t complete.